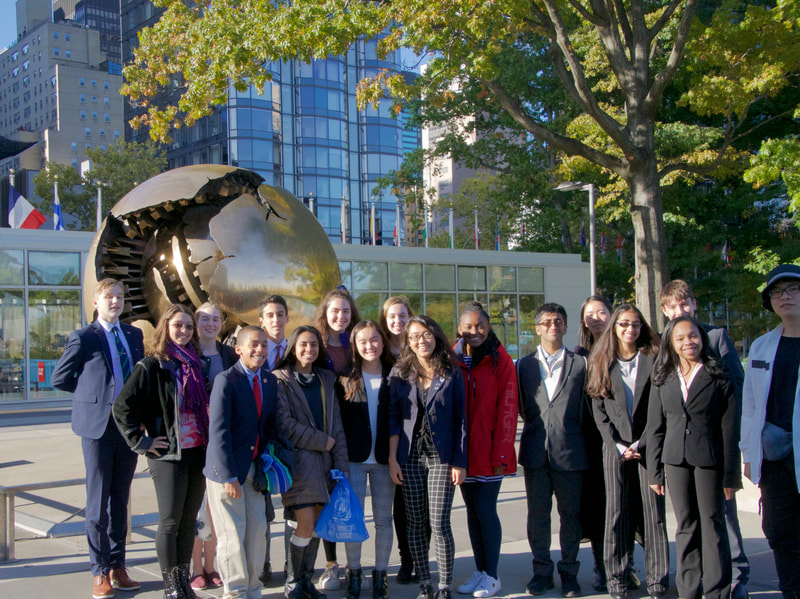 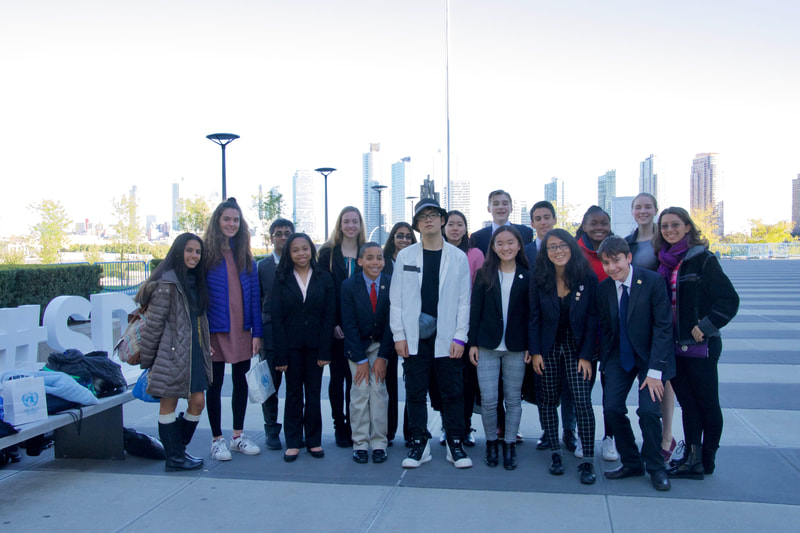 Model UN has been a part of my life for three years, and it really shaped how I think of the world and interact with people. When I first heard about MUN, I was intrigued by the idea of representing a country and give speeches regarding world issues. However, I came to the conference without any knowledge on how to perform well. I ended up listening to others without giving my own speech. The next time I went, I was more familiar with the Parliamentary procedure and gained more confidence in giving speeches. After that, I was obsessed with MUN and continued participating in it until today. It is so important to me that it trains multiple abilities that are valuable to me; by researching and preparing for my topic I gain knowledge and develop perspectives; by speaking and strategizing, it trains my leadership ability as well. MUN is also important because it is a fun way to make me be aware of significant, global issues. It is unique that it offers me the power to stand from the perspective of a strategizer, a decision maker, and an influential diplomat whose responsibility is not only him or herself, but the entire country. Therefore, I’m deeply intrigued by Model UN.
Conferences:
WACMUN
NAIMUN
DARTMUN
YMUN

Ping Pong club:
I started a Ping Pong Club as a shy freshman and have been running it ever since. Starting a club was more difficult than I imagined. I first found a teacher who was enthusiastic about ping pong, then gathered the 30 required student signatures. Finally, when the parent association approved my plan and donated money for a ping pong table, the club was ready to begin!
I was worried about whether students would actually show up, but fortunately many people came to the first meeting. It was wonderful to see so many eager and experienced players. Not everyone came every week. but I was always glad to see new faces.
This year, a ping pong table was broken. My teammate and I had trouble finding replacement parts, but we remembered the school’s 3-D printer. By designing the blueprints on the computer and printing the necessary parts, we rejuvenated the table.

Cross Country & Track:
I have done cross country and track for two years. When the season first started, I thought I was a bad runner because I came in last place almost every single meet. However, after rigorous practice and training, my time went better and I picked up confidence. I was even elected as the female captain of the cross country team last year: not because I was the fastest runner, but because I was the one who brought the team most enthusiasm.
​ 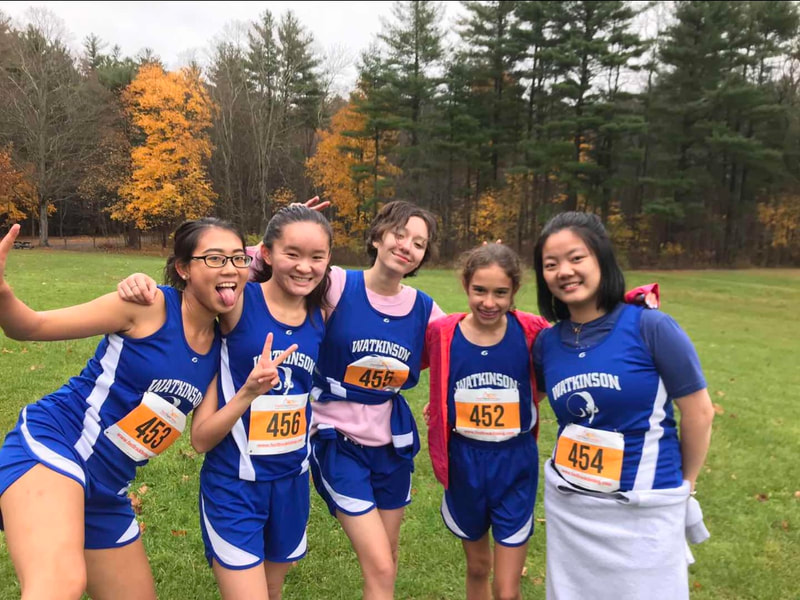 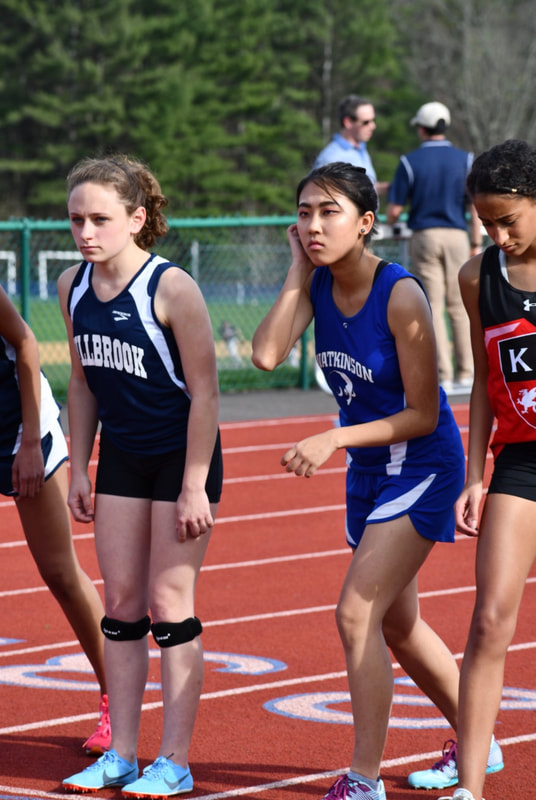 Science Bowl
I have participated in Science Bowl competition for three years. It is a science competition that concerns with subjects like math, physics, biology, chemistry, and earth science. The competition takes place in University of Connecticut every year for one day. To me, all questions except for math ones were hard. Even sometimes I knew how to solve a math equation, there wasn't enough time to complete. Therefore, I had to gradually adapt to the feeling of "not understanding everything". However, there were some really excellent teammates who were capable in solving problems in other areas. Although Science Bowl was really challenging, it was fun as well. 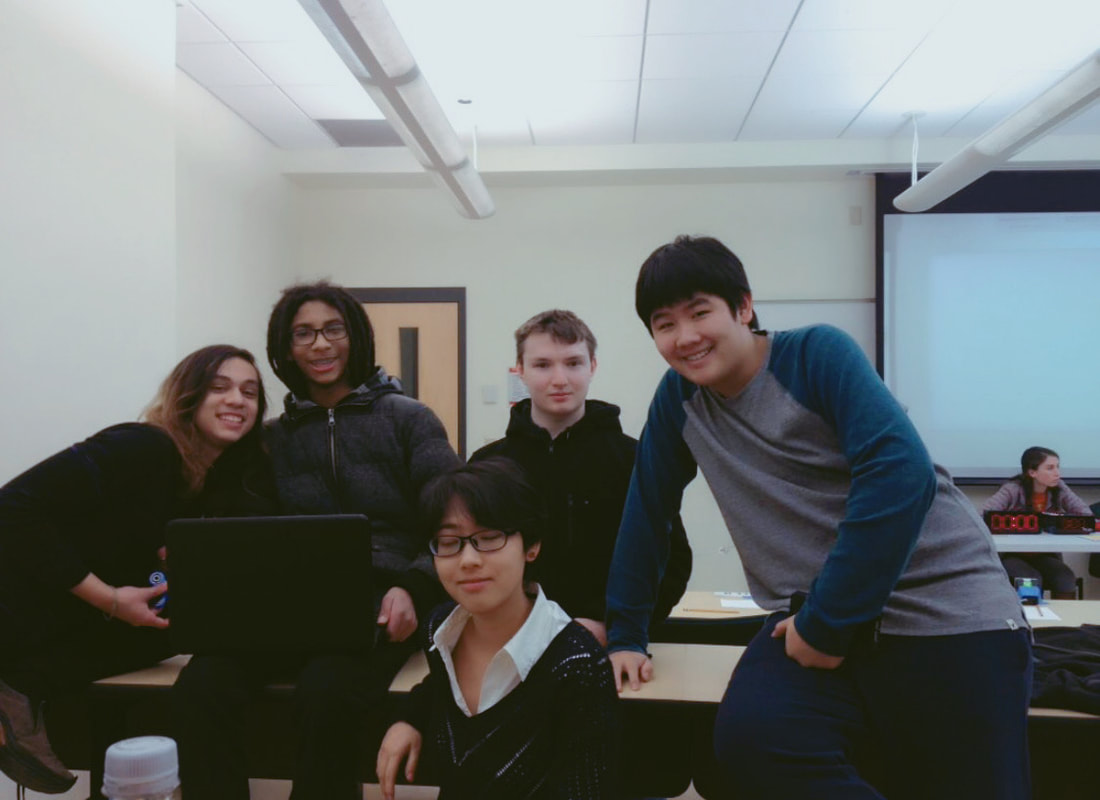 Stanford summer school:
I participated in Stanford summer school during the summer of my freshman year. The subject of that summer school was "intro to public speaking." I attended lectures in the morning, and practiced writing short speeches in the afternoon. The course was really challenging to me because I had only been in the United States for a year. However, I knew that public speaking is a really important skill to have and I had been doing it a few years back in China. The class covered topic of famous people in public speaking, techniques on speaking and writing a speech as well. By the end of the session, I had to write a paper about a controversial issue and deliver it to the classmates and teacher. I spent hours and hours in the gigantic Stanford library and finally finished the speech. Besides academic missions, my friends and I also explored the second biggest campus in the world. We also found the place where they had the Stanford Prisoner Experiment.
Brown summer School:
The summer school in Brown first gave me a blueprint of what I want to pursue in the future. The class was called "Introduction to American Law and the Way Lawyers Think". It was truly a fruitful experience: the teacher was a practicing lawyer who also taught classes in Roger Williams University (Brown doesn't have a law school). I learned about the basis of U.S. law and Constitution. Then, we went over some crimes cases such as burglary and larceny and determined from a lawyer's perspective of whether it was considered a crime. We also visited a public defense lawyer who taught in Roger Williams school. I clearly remembered when someone asked him what it felt like do defend for the so called "bad people", he replied by saying that he just follow the constitution. Besides criminal law, we also talked about business law and created our on "companies" and set up basic laws on how to run a companies. I learned so much in the procedure. Before coming to this class, I wanted to do something regarding to criminal justice. However, I found myself more intrigued by business law and working in corporations.
Cornell summer school:
I participated in Cornell summer school this past summer, and it really encouraged me to work in the field of Corporate Sustainability. I wasn't that confident at the class in the beginning, because the professor talked a lot about business related information that I had no previous knowledge of. However, I tried to stay focused and did the homework carefully. I found out that I got a pretty high score on the first essay assignment, even higher than those who took econ class. In that class, we covered information about how to partner with non-profit, cases regarding successful/ failed companies. I found the professor himself quite legendary; he came to the U.S. at the age of 18 ,studied bio major before going into law school. After working in several law firms he finally set foot on his client- Credit Swiss. He worked there for a long time as the head of corporate sustainability officer and then came to Cornell to teach this class. His story really encouraged me because like him, English was my second language. I believe there's a lot of space for me to create my own career in sustainability and law.